Tanja’s voice suddenly echoed in his head…or was it from speakers in the room?…

“The clones must have a complete working knowledge of racial, ethnic, and religious history…”

No, he thought. The fools… 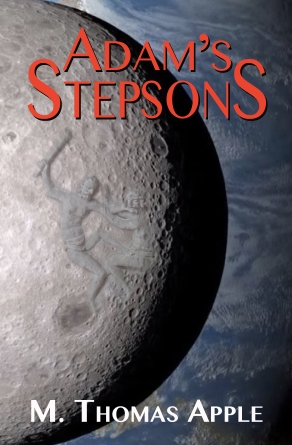 Dr. Johann Heimann designed the perfect soldiers: superhuman in strength and intelligence, immune to sickness and disease, programmed to lead the United Americas to a quick victory in the Mars Colony War. But Heimann didn’t anticipate the military’s unrealistic demands, or his own emotional responses to his creations. And now Number Six is calling him “Father”! What exactly is going on during the clones’ personality imprinting cycle?

As Heimann starts his investigation, Number Six grows in confidence and self-awareness…and both discover the project hides a secret even Heimann, himself, doesn’t suspect…

Available in ebook and paperback versions:

“The characters of Heimann and Six are well-defined, and the developing tensions between the erstwhile father and son make this tale hard to put down.” – Jack Magnus, Readers Favorites

“By the end, I couldn’t put it down.” – Greg Spry, author of the Beyond Saga series

“…new and thought-provoking…as with any good shorter piece, a revelation at the end makes you glad you carried through to the finale.” – Blaine C. Readler, author of Moonstroke and The Colony

“Apple’s grasp of the science fiction genre and the concepts involved make this a masterful novella with an ending that is sure to shock.” – Red City Review

“A gnostic Phillip K. Dick! Like the best fiction, Apple uses science fiction as a visceral distraction while exploring man’s existential position in the universe.” – Noah K. Mullette-Gillman, author of Luminous & Ominous and Farther Than We Dreamed

“The age-old conflict between science and the military, and the moral questions the author raises, of being able to create life forms, come to a climax that is nothing short of spectacular, and would fit well into the old “Astounding Science Fiction” tales of the fifties.” – Charles Freedom Long, author of Witches’ Gambit and Dancing with the Dead

An in-depth interview, including detailed questions and answers about the characters and their interactions.