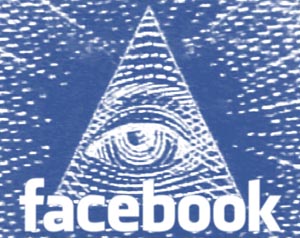 About ten days ago, I started a countdown on my Facebook “wall.”

Some of my “friends” asked if I was going to send something into space.

When I “commented” that I was leaving Facebook as of May 1st, they begged me not to.

The system will police itself, they argued. User complaints and the #deletefacebook movement/backlash would force Zuckerberg & Co. to change their policies.

Hardly. Instead, they’re doubling down.

In fact, Facebook has been terrified for years that its users would eventually find out that  it’s nothing more than an online marketing tool for greedy companies – and that Facebook has sold them out.

It took me a while, but finally I decided enough was enough.

I’m leaving Facebook. Here are a few reasons why I hope you will, as well.

Even when you’re not actually using FB, it’s tracking you. Every time you click on an ad on FB, every time you “like” a web site using the FB button, every time you (of course) do a FB “quiz,” you’re giving information about yourself, your family, and your “friends” over to hundreds (thousands?) of third-party companies.

This is the nature of “Big Data.” But although companies claim that the data is kept anonymous, it’s not. They know who you are and where you are.

Originally, FB allowed users to opt out of ads. But not any more. They can’t figure out how to make money other than by tracking you every where, all the time.

This is Big Brother. If you’re not frightened yet, you should be.

2. Facebook is encouraging your reality tunnel to become a cave

The use of algorithms in Facebook’s “news feed” means that you only see posts that are similar to what you have already posted. So the more you write about a certain topic, the more posts you see about that topic.

That goes for attitudes, emotions, “facts,” and specific words that you use.

Eventually, you only see posts that reflect your own feelings back at you. Of course we all have a tendency to favor those who agree with us. But when we never talk to people who are dissimilar, who come from different backgrounds, who may have even slightly different ways of looking at the world, this reinforces our tribalism.

It’s been well known for a while now that SNS in general has widened the political divide between progressives and authoritarians. Now we now that politicians and lobbyists are actively encouraging such behavior by spreading rumors and disinformation. Governments are promoting chaos in the voting process by exploiting our own psychology via carefully targeted online ads.

3. Facebook has no idea what “friends” and “community” actually mean

Mark Zuckerberg, one of the “founders” of Facebook (who nearly got expelled from Harvard for copyright and privacy infringement, and was sued – successfully – by former classmates for stealing their ideas), once famously claimed that he wanted “everybody in the world to be friends” (or some such words…a recent post says he wants everybody to “connect” and “build strong communities.” And no, I’m not going to post a link to his Facebook post.)

Now we know why. He wants everybody’s private information to help businesses target them with ads.

But aside from that bit of nefariousness, why on earth would you want to be friends with everybody on earth?

At one point, I had over 500 “friends” on Facebook. Occasionally I would get a reminder that I had been “friends” with somebody for X years.

X years on Facebook, of course. I had been actual friends with some people for twenty to twenty-five years (Facebook has been around about 14 years but only took off after it went public twelve years ago and then finally turned a profit for the first time nine years ago).

So why am I always using quotation marks to denote Facebook “friends”?

Because a lot of them are not really friends. I value friendships, but I only confide in a limited number of people. I’m uncomfortable in large crowds, and while I do enjoy a night out, after a short while I need to unplug and recharge in a quiet room, alone, with a book.

I don’t think I’m the only person who needs the occasional break. There are lots of introverts out there.

The problem is that Facebook is what happens when an extravert tries to take over the Internet.

We do not all need to be “friends,” Zuckerberg. We can all be friendly, but if by “friends” you mean sharing private and personal information with complete strangers halfway around the world, then no thank you. This definition of “friends” is shallow and hollow. Just like the man who invented the definition.

“Building communities”? What does this shallow serial plagiarist know about actual communities? Making a Facebook “Page” and sharing stories that haven’t been fact-checked doesn’t qualify as a “community.”

You want to “build a community,” then how about shutting off your smartphone and introducing yourself to people in the apartment next door? How about finding out who’s new to the neighborhood and then holding a barbeque with all your neighbors? Or going to a social event with fellow colleagues at work? Or with parents of your kids’ friends at school? Or joining a social group that actually does stuff together in real life, and not in some “online” virtual “community”?

Facebook is encouraging us to stay online all the time, pretending that we are “engaged” in a “community,” when really we’re just sharing posts from people who reflect our own opinions and whining about everybody else not like us, never doing anything in reality.

4. Facebook doesn’t really give a rat’s behind about you

If FB really cared about your right to privacy, the company would obey the law.

Instead, they will copy over 1.5 billion accounts that currently exist on servers in Europe to the US and Canada, where that pesky new EU privacy law doesn’t apply.

The new law is called the EU General Data Protection Regulation, and requires online companies to ask for permission before they use online data for business purposes.

So why is FB spending enormous time and effort to move all these accounts?

They don’t give a crap about users.

It wants to use facial recognition technology not only to encourage “tagging” in photos and videos but to require tagging. So that users can find “new friends.” (So that Facebook can get even more data.)

It’s only a matter of time before this information is used not just to analyze people, but to control them.

“Every breath you take…every move you make…”

I would prefer that Gordon Sumner’s lyrics remain a song and not a reality.

Yeah, but can we do anything about it?

Online companies should be forced to give our information back to our control.

But they won’t be. They have no ethics and no morals and cannot be trusted.

So we have to take our information back by ourselves.

Delete SNS apps from your smartphones and tablets. Don’t log in to apps or websites using your Facebook ID. Don’t let them track you.

Refuse to give private information like your mother’s “maiden” name or your childhood street address.

Stop using those asinine online “games” like Farmcrap and Candy Crud; deny them access to your friends names, birthdays, and email addresses.

Take down the photos and videos of people you know. That especially include your kids (who deserve the right to control their own online presence).

And #deletefacebook – because it’s just not worth what you’re giving up for it.

(And yes, I am fully aware of the irony of having this “shared” on Facebook. It will be one of my final posts before pulling the plug on May 1 – International Workers’ Day.)

Everything you want to know about the Amazing Mets