“Three little children who were playing on the sidewalk near 118th Street and Seventh Avenue Tuesday afternoon jokingly shouted to two women riding in a ten-year-old automobile, ‘Get a horse! Get a horse!’

“A few seconds later they were frantically scrambling from the path of the old machine as apparently out of control, it plunged across the street toward them like a juggernaut.”

“There was a moment of silence and then from the front of the car…came the screams of a child.”

The child was my grandmother’s younger brother, Edward Charles Wells. He was 9. The car was being driven by a friend of the family, and in the front seat next to the driver, teaching her how to drive, was the boy’s grandmother, my great-great grandmother Ethel Bonesteel. During the weekend of July 4th, in 1940, the Troy, New York, newspapers were abuzz with coverage of the incident and the subsequent court case – filed by my great-grandfather, Edward Clark Wells. It must have been a traumatic event in my family’s history.

And yet I did not know about until the year before my grandmother died, in 2015.

When I first discovered that my grandmother had a brother I had never even heard of, I was almost in shock. Was it some sort of terrible family secret?

Well, not much of a secret, since it turned out to be in the news. But it had driven the family apart even further than it had already been at the time.

It turned out that my grandparents’ separation in the early 1950s was only one of several such separations. My grandmother’s parents also got divorced – her mother, my great-grandmother Edith Bonesteel, was in fact married to three men (one of them two times) and lived with at least one more, possibly two.

Edward Wells, two generations removed from immigrants from Wales (father) and Germany (mother), was the youngest of seven children. He was only 15 when his father died and 21 when his mother died. He also never knew any of his grandparents, and only two aunts and two uncles were still alive when he was a young child.

Fathers and sons and family names

I mention this because this pattern of lacking an older generation seems prevalent among the members in my family’s history who experienced divorces, remarriages, and overall had emotional and relationship problems.

My paternal grandfather lost both his parents at a young age and had multiple marital issues.

My maternal great-grandfather Edward committed adultery when his wife was looking after two small children. At the time (1933) he had a single uncle with whom he had virtually no contact. No parents. No grandparents. No uncles and aunts to lean on. No one.

He must have felt groundless.

So he must have placed a great deal of importance on his son Edward as a continuation of his family name. Not enough to stay together with his mother, of course. But maybe he felt guilty.

His first marriage ended in divorce thanks to his adultery. At the time of his second second marriage, his kids with Edith Bonesteel (my grandmother Shirley and brother Edward) were staying with his older sister Grace.

The Fatal Accident and its Consequences

Shirley and Edward were visiting their grandmother Ethel Fones Bonesteel when the accident occurred. During the July 4th holiday weekend.

Ethel was teaching her friend, a neighbor, how to drive. She didn’t have a driving teaching license, and her friend didn’t have a learner permit. The newspaper reported the car they were driving was a 1930 model – what company, I don’t know, but it’s a good bet that it was difficult to steer. No “power steering” back then. No plastic. By today’s standards, it would have been a monster. 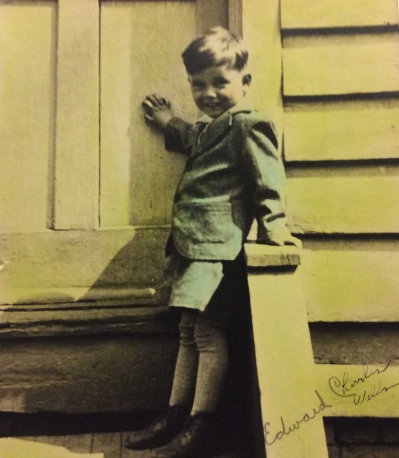 As the neighbor made the final turn, she mistook the gas for the brake and plowed right into Edward, Jr., crushing him against a house and breaking one of his legs in half. He cried, “Mama, mama,” before collapsing unconscious. His own grandmother watched this transpire from the front seat.

She flagged down a truck passing by, which took them to the hospital. There, doctors amputated the leg. His own mother donated blood later that evening. But he died that night from shock and loss of blood.

Edward immediately brought charges against his own mother-in-law and her friend. Evidently, he also blamed his ex for having a day job and not watching his son all the time. It was the final break. He never again spoke to his former mother-in-law (my great-great grandmother Ethel Fones Bonesteel) and first wife (my great-grandmother Edith Bonesteel Wells Bailey Matthews).

And so the Wells family line left us forever.

Headlines in the Albany and Troy News

The newspaper articles at the time report that the two women were found negligent and were fined. But no doubt the intense anguish felt was punishment enough. One article comments that both women looked “distraught” in the court, and my great-great-grandmother Ethel had a black eye from the accident (cars back then had no safety belts, so she probably banged her face against the dashboard).

The newspaper seems to make a point of showing how little the two women knew of legal matters. When the driver was told she was guilty of a felony, which might wind up with her in jail, she said, “I don’t know what that word means.”

The article also points out that neither woman had a lawyer present, and the state did not see fit to provide them with one, either. When advised to get a lawyer, Ethel said she didn’t have enough money.

The judge responded, “I suppose it is none of my business, but it is peculiar that people without money can drive cars.”

What a cruel thing to say to a grandmother who killed her own grandson in a car accident. What an insulting thing to say. Demeaning.

The judge couldn’t have known at the time, but he was insulting a woman whose family history dated back to early New York and Rhode Island colonial history – and without whom the history of the United States might have turned out very, very different.

But that’s another story.

The Aftermath of a Family Tragedy

In the meantime, my grandmother never saw her father again. Or her brother. Edward Charles Wells was buried separately from his family. Edward, Sr., died two days after Christmas, 1952, just a few months after the birth of his third grandchild…whom he never saw. Edward, Sr., and Edward, Jr., are next to each other now. Edward’s second wife is there.

But if you didn’t know the history, you would never guess that my relatives had anything to do with the Wells family. 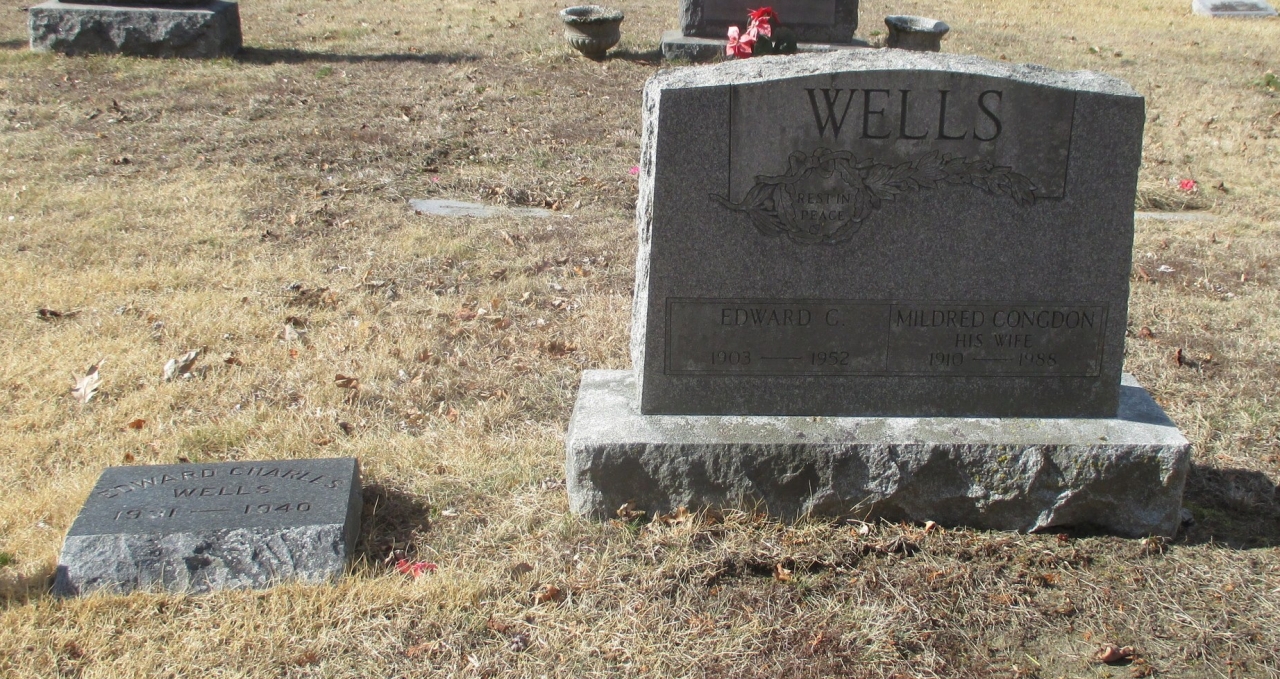