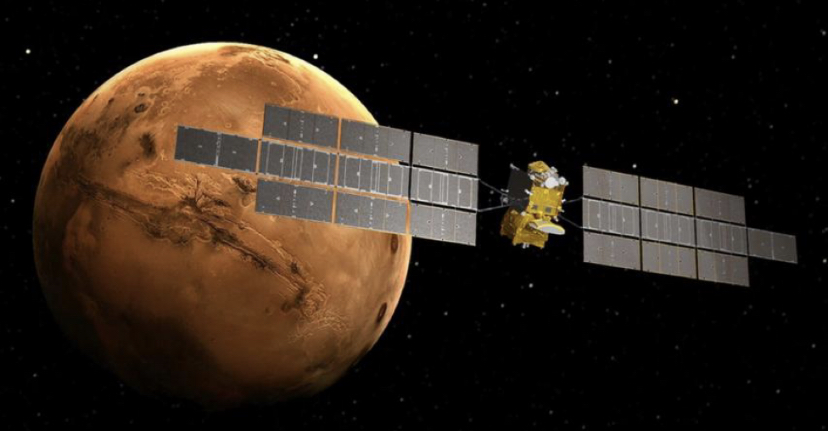 The Airbus spacecraft will have to manoeuvre itself into a position to capture these samples that will be packaged inside a football-sized container.

After ingesting this container, the satellite must then prepare it for return to Earth.

This means not only shipping it across hundred of millions of km of space, but also putting the football inside a re-entry capsule that can be dropped into Earth’s atmosphere to land in an American desert.

This would be, indeed, a feat of engineering as well as a first in interplanetary exploration.

But I wouldn’t go so far as to call it an “interplanetary cargo ship.” Unless the intention is to maintain it as a permanent link between research locations (i.e., some kind of permanent orbitor stationed above the Jezero Crater) and research facilities on Earth (or the Moon, or the International Space Station).

Political will is needed in addition to the enormous funding. Semi-privatization, anyone?

Glitter In My Thoughts

I have a little glitter in my head that I design out through words!

I make photographs and poems to please myself (and share them to please you).

Beyond the Crypts and Castles
a.mermaid'spen_

Michelle Rose. Reflection of My Journey

Drowning in the busyness of life, and how I stay afloat, and find peace and stillness amidst the chaos

No Time For Pants