Unaware of events on Ceres or Lunar Base, Martin Velasquez is finding out that the “united” Mars colonies aren’t so united at the moment…

Things on Mars had gone from bad to worse. Riots had broken out all over the Colonies. The water supply was dangerously low. The hydroponic farms were about to give out at any moment. The UA forces were still on their way from Earth, and Martin still hadn’t figured out how to hack into the UA ice factory’s electronic lock systems.

And now the settler factions wanted a conference.

With the sounds of fighting in the background of nearly every speaker, Martin found it nearly impossible to hear what the leaders were saying.

“—five dead already, our children starving and running around half-mad. What are—”

“—anything at all. The situation is insane!”

“YES!” Martin shouted at them. “It is insane! I completely agree!”

“Then do something, Overseer!” the speaker from the Central African Alliance bellowed.

“He is…otherwise occupied. As are most of my staff!”

“Mine, too!” the speaker from the Greater Indian Empire interrupted.

They began to squabble again. The noise rose to a deafening pitch.

A button glowed under Martin’s left hand. He muted the conference and answered.

“Overseer, an incoming message has been attempted. It has been blocked as ordered.”

“The message claims they come from the United Americas.”

He calculated. No, it couldn’t be troops. The UA forces would reach them much sooner, which is why he had taken the precaution of guarding the ice factories in the first place.

“I’ll take it in just a minute. Remove the communications block temporarily and tell them to hold until I finish the conference call.”

He hesitated, covered an ear, and depressed the mute button. The deafening noise burst back into the speakers.

“Gentlemen,” he tried. They continued unabated. Some gesticulated at his direction, but he couldn’t make out what they were saying.

“Gentlemen,” he tried again. No change. Louder, if that were possible.

“WILL YOU ALL SHUT UP!” he screamed at the top of his lungs.

That seemed to have got their attention. For a moment.

“The UA is coming.” Martin said slowly, loudly, enunciating as clearly as possible.

He let the words hang there for a minute, letting the implication set in.

“I do not know what they want, but there are three ships,” he said in a more normal tone of voice, trying desperately not to let a note of panic in.

“What,” the Brazilian leader began. “What does the UA want with us?”

The Islamic Nations representative laughed nervously. “Perhaps they come with water we can actually drink without losing our minds.”

Martin glowered. “I don’t know why they are here. I don’t know how to stop the riots. I suggest you increase your own security, obey the water restrictions and food rationing. We are at a critical juncture. The UN appears to have failed. I will contact you again after I have found out what the UA ships want.”

He closed the session to somber, blank faces.

Martin rubbed knuckles into strained eyes. No water for washing. No water for tea. He dare not drink the contaminated water supply. Even using it for electricity seemed to have nearly drained what was left.

What chance had they got? Weng and Gen had not contacted him yet, so he had no idea when they might arrive with the supplies from Luna.

He sighed. Nothing else to lose, at any rate.

He clicked on the comm. “Patch through the UA ships. Visual if possible.”

A haggard white, bearded face topped with unruly dirty blond hair appeared on the aging console. The man appeared to be wearing the uniform of the UA from about two decades prior. An old Earthside airline pilot, Martin guessed.

“This is Dirk Prosser,” the man said in an exhausted, strained tone. He seemed on the verge of a breakdown. “Former Captain in the United Americas Airforce, now representing four hundred refugee families, requesting permission to dock at United Nations Mars Colonies orbiting station.”

On the one hand, Martin felt he could relax. But on the other, this was the last thing they needed. More people. At least they weren’t invading marines.

But he had no choice.

“Go back,” Martin said curtly. “Or go to Luna. Our water and food supplies are critically depleted, and there is a medical quarantine in place throughout most of the settlements here.”

“Sir,” Prosser said, his voice quivering. “We have taken several months already. Several families are experiencing space sickness and we have virtually no medical supplies to treat them. Lunar Base is in chaos. We have nowhere else to go.”

“Go back,” Martin repeated in a calmer voice. He tried to remain emotionless, but an ugly thought entered his memories. Something from his family’s past. Something passed down to him.

“You don’t know what it’s like back there!” the representative pleaded. Martin could see the terror written on the man’s face. “Are you so heartless? We have children, infants, even. Starving! Being beaten, murdered!”

“Go back,” Martin repeated, his voice raising. “They will starve here, too. Didn’t you hear? Even if by some miracle we get new supplies, we do not have the electricity to operate enough gravity generators. The low gravity of Mars will deform the children. What kind of parents would make their children suffer so?”

“Don’t you think we thought about that?” The man seemed on the verge of hysteria. “Do you think we had any alternative?”

Something in Martin snapped.

“You should have thought of that when you denied entry to my country’s people,” Martin suddenly spat out.

“When the UA denied entry to refugees fleeing war and hunger. Arresting parents and returning them, separating them from their children and selling them off to the highest bidder. Leaving infants to die of thirst and hunger on the desert border. How dare you come to Mars now and ask for the same!”

“How can I!” Martin shouted, slamming his hands on the console. “How can I?!”

Another beep on the console. He abruptly cut the connection to the UA ship and swore. “Dammit! What now?”

“Overseer, a message from the shuttle.”

“Gen and Mr. Weng, sir. They say they will arrive in two days.”

“What?” Martin cycled through the incoming records and known trajectories. “I don’t see any sign of incoming ships aside from the UA refugee ships.”

“They say they will arrive in two days, sir,” the Martin Colony Council receptionist robot repeated tonelessly. “They say to let all in. Everything is under control.”

He couldn’t handle this any more. With a barely suppressed giggle, he toggled the comm. The inside of the refugee ship appeared. Children crying in the background. The captain’s hand first appeared, then his bedraggled face as the man dragged himself back into view. “Yes? Yes?!”

“Mr. Prosser,” Martin said, shaking his head. “Continue on your course to Mars. I’ll see the docking station is open to you.”

“Don’t thank me, Mr. Prosser,” Martin replied. He cracked his knuckles and shoved his chair away from the console and spun himself around slowly. “Enjoy your final few days in space. We may all very well die together!”

One of the pre-installed apps, which looks and operates as a wireless update program, automatically installs more apps without user consent, according to Malwarebytes.

And it appears to be a variant of Adups, malware previously traced to China, which transmits text, call-location and app data to a Chinese server every 72 hours.

China is so far ahead of the US in terms of hacking and spyware. And this is only the stuff that they didn’t even bother hiding…

Btw the image used is a repeat from a 2018 article about Lebanon-based spyware installed on phones in five different countries.

Missile strikes are distractions. The next war will be online. 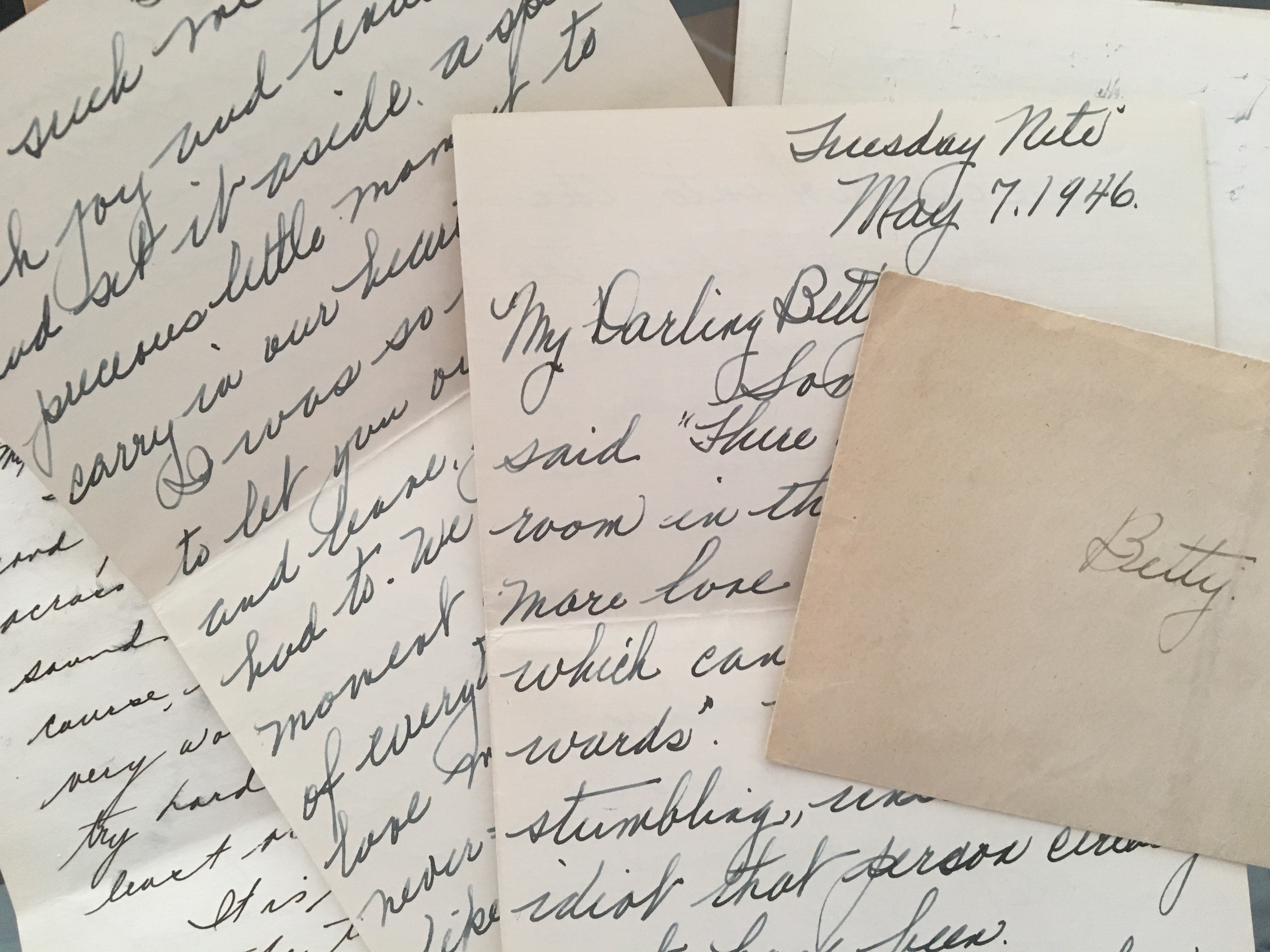 On this day, June 10th, what would have been my mother’s 69th birthday had she not passed away suddenly last October, I am conflicted.

Do I have the right to write about family history yet again?

And yet without the past, it’s difficult to write about the future. They are connected, by both visible and invisible lines, threads of beliefs and behaviors, attitudes and antagonisms, odd coincidences and strangely fortunate happenings. Particularly in my family. END_OF_DOCUMENT_TOKEN_TO_BE_REPLACED

This is the fifth and final preview of my upcoming collection of short stories and poems, Notes from the Nineties. In the first part, I explained the background behind the first story and poem pair, Cois Fharriage and Ag an gCrosaire. In the second part, I took a look at some of my experiences in Japan that informed Asian Dreams and Training the Mountain Warrior. In the third part, I delved into the “true story” of The Lost Bunny Shrine of Annandale. The fourth and penultimate part, I talked
about my brief experience with occultism and the wisdom of teeth that led to The Four Teeth of the Apocrypha.

I’m from New York. No, not New York City. No, not Niagara Falls (the Canadian horseshoe looks better, anyhow). Yes, there is something in between. An awful lot of something, actually. In fact, the oldest and still largest state park in the US comprises most of Upstate New York.

Yes, I’m from the Adirondacks. But it’s more complicated. END_OF_DOCUMENT_TOKEN_TO_BE_REPLACED